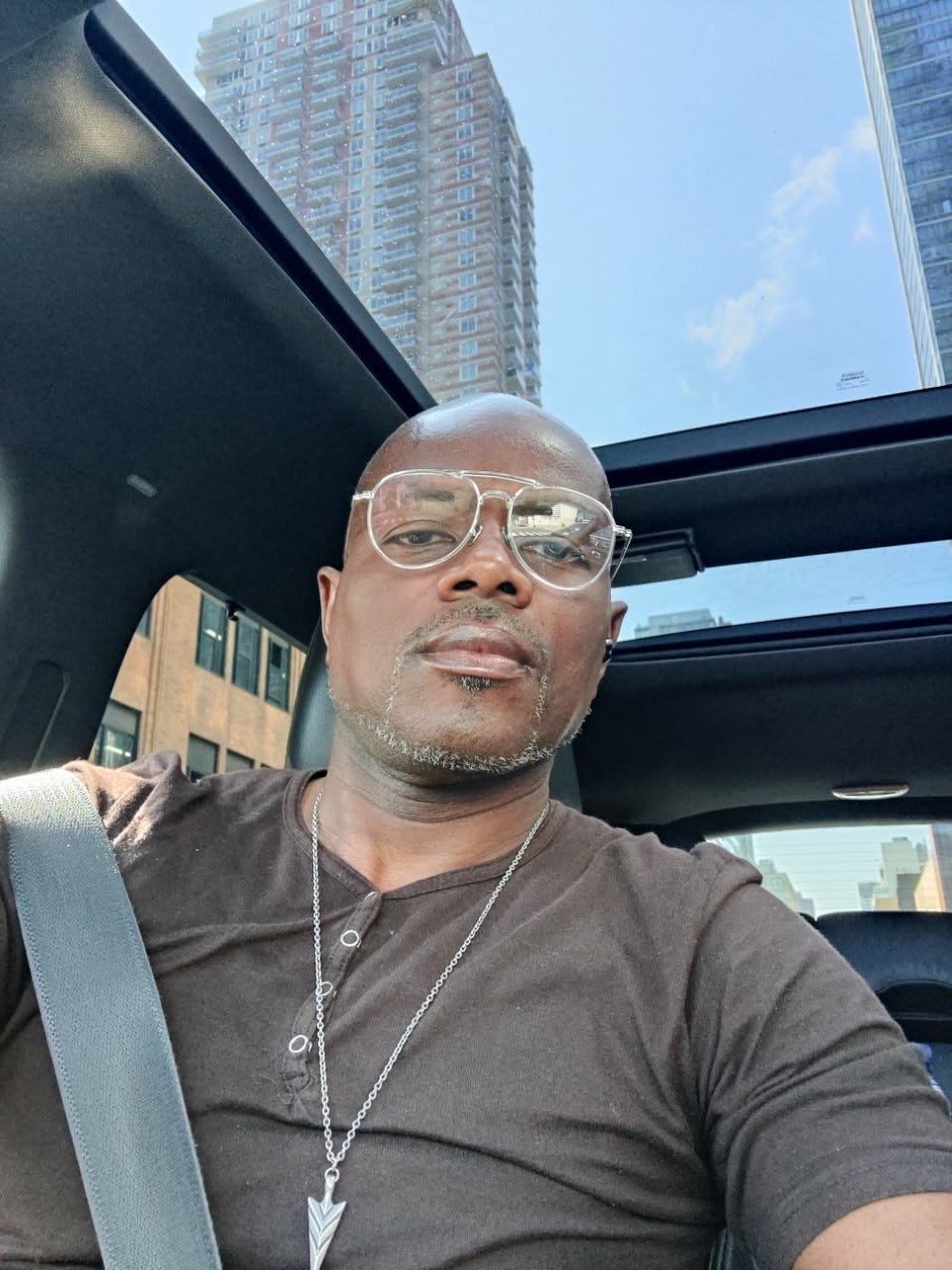 A seemingly normal day of Uber driving turned into quite the heroic one for a Brooklyn man; just after starting a ride on Aug. 17, driver Fritz Sam drove by an enflamed building and stopped the ride to help, all the while getting his passenger to the airport on time.

Fritz Sam, 54, started his day around 7 am His passenger, writer Jemimah James Wei, was his second of the day and on her way to LaGuardia Airport.

The two were chatting when about five minutes into the ride, Sam noticed people off to the side standing on a staircase, looking on and recording. Some were in pajamas, and one in particular had a haunting facial expression that stood out to him.

“Whatever she was looking at, she didn’t like,” Sam told USA TODAY.

He initially thought there was a fight, but then he looked up towards the top of the building and saw fire coming out of a window. He pulled over, asked Wei if she’d mind him getting out to check it out, and then went to help.

He asked people in the crowd whether 911 was called, and if anyone was still inside. People were inside, someone told him, so he knew he had to act fast.

How it all went down

After he and a few other people yelled for residents to leave the building, he thought, “I’ve got to make a move,” so he handed his phone to a stranger and went inside.

One man was on his way down a set of stairs, but seemed adamant that he couldn’t leave the building yet and needed to go downstairs. Sam thought maybe the man wanted to grab a few things, so he made a mental note to check on the man before heading out of the building.

When he went up another set of stairs, he saw a woman standing at the top. She seemed like she was in shock, he said. He knew not to underestimate the smoke and reminded her of its danger, he said. She eventually headed downstairs with him towards the building entrance.

Before heading out himself, Sam listened for the man he’d previously seen. When he heard movement down the stairs, he yelled for the man to get out.

“Whatever you’ve got, let’s just go,” he told the man.

The pair headed out together, meeting police and firefighters.

But Sam wasn’t done yet. He felt a pull towards the woman at the top of the stairs, the one who seemed shocked and traumatized by the ordeal.

“Don’t worry about all that stuff,” he told her. “You’re going to be OK. God bless you. Hang in there.”

It almost seemed like she “snapped out of it,” and suddenly, he saw hope in her eyes again.

And the good deeds didn’t stop with Sam. When he returned to Wei and her Uber ride, he learned a man had moved his car so the fire department could get in and help.

When he came out of the burning building, he asked Wei if he smelled like smoke. Sam said he didn’t really want anyone to find out he did it, including his wife, Nikki, so he was self-conscious about his smell.

From there, he got her to the airport, and all in time to catch her flight.

Sam’s passenger, Wei, later tweeted about the save.

“On the way to the airport this morning and drove by a burning building,” she tweeted. “My Uber driver LEAPED out of the car and INTO the building while the rest of us screamed at the top of our lungs for people to evacuate, the fire truck came, we rushed to the airport, I made my flight. NEW YORK.”

Wei’s thread caught the attention of thousands, and earned Sam praise from the rideshare company itself.

Uber CEO Dara Khosrowshahi called him to talk about his heroism, and Uber also added Sam to its 2022 Uber Yearbook and named him a hometown hero. The program highlights some of the most inspiring people in the Uber community, a company spokesperson said.

Sam, a first-generation New Yorker born to Haitian parents, has been an Uber driver since 2015. He’s not the only driver in the family either. His father and his 82-year-old mother, Rose Sam, did it for as long as he could remember. Up until a few weeks ago, his mother was still working, but she’s suffering from stage four cancer and had to stop recently, he said.

Good Samaritan Uber drivers: TikToker says ‘all I had was a piece of paper’ when an Uber driver stopped his day to help. Then she found out he needed help too.

Good deeds: A woman lost her wedding ring at a NH beach. So, a stranger searched for days to find it

Sam said he didn’t go into the building for clout or to look good. An opportunity just presented itself to help people and he took it.

Wei said she hopes good things happen for Sam, who wants to write a children’s book with his daughters.

“I really hope people who have been affected and inspired by this story remember him in the months to come, and when the time comes for them to have the opportunity to support him or anyone else in their lives, that they take it,” she told USA TODAY.

But perhaps the best way to summarize Sam’s story is a simple tweet Wei posted when a Twitter user compared his bravery to a novel.

“Better,” she replied. “It’s people being good in real life.”

Saleen Martin is a reporter on USA TODAY’s NOW team. She is from Norfolk, Virginia – the 757 – and loves all things horror, witches, Christmas, and food. Follow her on Twitter at @Saleen_Martin or email her at sdmartin@usatoday.com.